Let's blow the dust off this blog...


To say that my industry has evolved a lot since my last blog post would be a bit of an understatement. In fact it has changed to such a degree that probably merits a blog post of it's own, but suffice it to say next generation IT and cloud native applications are here and they are here to stay.

What I am here to discuss today is an exciting new evangelist program from the great folks over at DellEMC.

For those of you unfamiliar with them, the {code} group's motto is:

It's boom times for the open source movement, and {code} has been contributing like mad along side numerous other developers outside of the group in order to make next generation IT approachable and consumable for the whole industry. Originally being a pure play infrastructure guy myself, I thank them for it.

They also have a great slack team that I highly recommend you join. They are always willing to help out, even if you are just getting started with basic stuff like OSS or development. I promise you will learn something new and exciting. If you are interested, reach out to @jonasrosland on twitter for more info.

Due to the aforementioned, I am honored and excited to announce that I have been selected as one of the initial members of the newly launched {code} Catalyst Program! 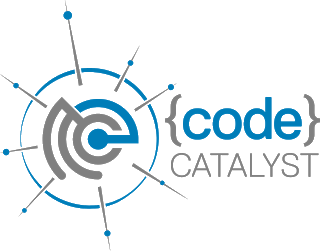 You can read more about the launch on the as well as the Dell EMC Pulse blog
{code} by Dell EMC but I will do my best to inform you here as well.

So, what exactly is the {code} Catalyst Program?


"The program is is focused on promoting thought-leading members of the open source community by creating a candid dialogue between open source advocates, developers and project managers across company boundaries. The goal is to create an ecosystem of innovative open source advocates who lead and advance emerging technology to support software-based infrastructures."

Needless to say, I am honored to have been included in the program. I am relatively new to OSS at least in any professional capacity. It's exciting and motivating to have been granted the opportunity to learn from and work with such a great group of folks.


"The members are influential advocates of open source. They educate others on projects they are involved in, engage in conversations to advance next-gen open source infrastructure and share real-life experiences with other members of the larger {code} Community. Members should have vast knowledge in industry-changing open source projects that redefine how modern data centers are run, from containerization to automation to large-scale CI/CD pipeline implementations."

All I can say is wow, thats quite a standard to live up to. I look forward to continuing to engage with the members of the {code} team and the community at large as a Catalyst.


The Catalyst program is going to be just that for my public facing social media presence. While I have been active on many slack teams lately, blogging and twitter have certainly fallen behind. Here are a few things I hope to accomplish sooner rather than later now that I am back in the saddle.


Seriously, thank you for taking the time to read. This blog has been dormant for way to long and those of you that took the time to come here from twitter, slack, linkedin, etc. to read are greatly appreciated. Everyone in IT has too much to do and not enough time to do it, its flattering that you are willing to carve off some of your time to read this blog.

Have a great day and leave it in the comments or hit me @vDingus if you want to talk more.

Today, Rubrik officially announced version 4.2 of it's Cloud Data Mangagement platform, code named Alta. As a new member of the Rangers team and being focused on public cloud architectutre, I can honestly say this one of the most exciting releases I have seen to date. Alta is going

Today was Day 1 of VMworld 2017 and yet again, over 20,000 folks saw fit to descend upon Las Vegas, NV in search of education, excess, and esprit de corps. I count myself among privileged group that made it out this year largely because of the vExpert program and

Today the fine folks over at Rubrik dropped their 3.2 release and it is packed with quite a few nifty little features, especially for a .2 release. Quick aside here, if you dont follow the below folks on social media you're missing out. They have at least a quorum